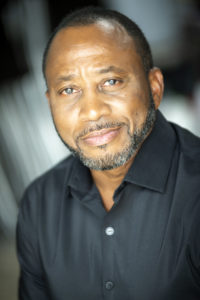 Jim R. Coleman has thrived as an actor for over twenty five years. Starring in Nickelodeon´s hit series My Brother and Me, and the syndicated series Sheena, Queen of the Jungle, also appearing in numerous TV shows like The Walking Dead, Law & Order, Survivors Remorse, The Quad, and Bloodline. In addition to television shows, Jim Coleman has shared the movie screen with Michael Douglas, Anthony Hopkins, Russell Crowe, Morgan Freeman and Charlize Theron. With over 50 national televised commercials under his belt Jim is no stranger to the camera or the voice over booth Jim’s voice has been used in several national ads, as well as video games like “Homefront”, Red Dead Redemption 2, and a host of EA Sports games. Having started as a stage actor Jim is currently on tour performing in the Multimedia one man stage drama “Tolton From Slave To Priest” the story of the first black priest in America,who is currently up for Canonization. His love for acting and golfing  led him to create, produce and shoot a television pilot entitled “Strokes”. Which won The Florida Crystal Reel Award for best pilot and was featured at The New York Television Festival.